Once hailed as one of the most important waterways in the world, Gowanus Canal became famous for odor caused by decades of stagnant water lingering in the Canal after a fracture of a propeller that brought in fresh water from New York Harbor. The canal’s fate corresponded with the decline of domestic shipping via water. Finally on a road to recovery, the place where even industry died is now welcoming a new wave of residents, spearheaded by a vibrant artistic community. The area’s ideal geographic position (between Park Slope, Carroll Gardens, Cobble Hill, and Boerum Hill) is a major factor in a revitalization attempt, and a renaissance of real estate development. Industrial buildings surrounding the Canal continue to attract residents moving in from more expensive neighboring areas. 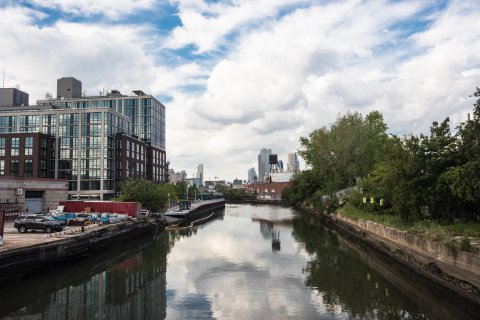