Named after the red clay soil, and the point of land projecting into the East River, Red Hook’s full frontal view of the Statue of Liberty is a tremendous tourist attraction. Once home to the infamous Al Capone, Red Hook of today is home to a growing artist community, and to hope of renewal and renovation. Civil War-era warehouses, large living spaces, vigorous small businesses and sophisticated shopping venues, complete Red Hook’s promise of bounty to home-seekers on a quest for amazing views, glitz of high-end living and urban decay. 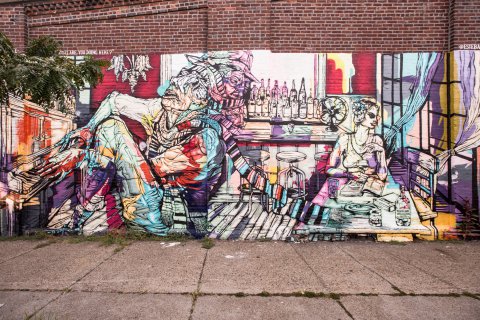